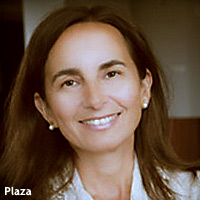 MPG Global CEO Maria Luisa Francoli Plaza is leaving the agency after 20 years, the agency has confirmed. A replacement is expected to be announced in "the coming weeks," per MPG.

Signaling the importance that the agency placed on the U.S. market, Francoli Plaza relocated to New York from Spain in 2007. The company has been relatively quiet on the new business front of late, although the shop did manage to retain the Sears Holdings media account late last year after a lengthy review.

Francoli Plaza’s departure comes amid some reshuffling of the senior ranks at two other Havas-owned agencies: Arnold and Havas Worldwide.

Benett will report to Jones, who will remain Global CEO of the Havas Worldwide network. Succeeding Benett at Arnold is Robert LePlae, previously the shop's global president. LePlae will also report to Jones. It was not clear if there was a connection. MPG has worked closely with both shops on certain accounts.

In May 2011, Sasha Savic was promoted to COO of Havas Media North America, tasked with overseeing all account management, agency operations and product development across the organization's business. He departed less than a year later for competitor MediaCom, the WPP media shop.

In September of last year, the shop promoted Lori Hiltz to North American CEO of MPG and Havas Media, the umbrella organization that oversees a portfolio of specialty media units including Havas Digital, Havas Sports & Entertainment and customized campaign specialist Arena Media. Up till now, Hiltz has reported to Francoli Plaza. Prior to her promotion, Hiltz was head of MPG’s Chicago office, where she also managed the retail giant Sears Holdings account, including both Sears and K-Mart.