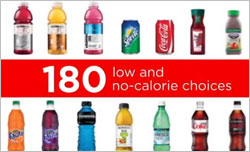 While Coca-Cola’s new TV ad addressing obesity issues has been labeled cynical or an exercise in damage control by critics, consumers’ initial reactions are notably positive, according to Ace Metrix.

Ace’s survey of a representative sample of more than 500 U.S. consumers, using its usual battery of questions probing perceptions to TV ads, yielded an Ace Score of 669 for the initial, two-minute ad in Coca-Cola’s “Together for Good” campaign -- making it one of the top five TV ads to break in the past 90 days (out of more than 2,000).

The ad scored very well across all demographics, and particularly well in households with children (42% above the soda-ad norm, Ace Metrix reports.

In addition, the ad scored very high on both emotion and information, according to Ace Metrix CEO Peter Daboll. While ads that take a more informational or emotional approach (as opposed to a more product sales-oriented approach) do tend in general to score higher, few single spots successfully combine those two appeals, he says.

Ace supplied a few of the positive verbatim responses received through optional, open-ended questions, in which consumers described the ads as “very informational” and said they’d learned positive things about the company and its products that they hadn’t known.

Daboll says the positive/negative responses ran roughly 5 to 1, and most of the minority expressing negative sentiments focused on the ad’s being too long, rather than questioning its sincerity or objecting to its messages. “For the most part, people seemed to think it was sincere,” he says.

The two-minute ad began airing Monday evening on U.S. cable news networks. A second, 30-second ad in the campaign, called “Be OK,” which shows ways to burn off the calories in a Coke, debuted on “American Idol” on Jan. 16. That spot will also be aired before the Super Bowl, according to the Associated Press.