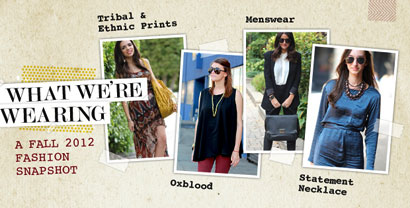 A new report from Forrester shows that while some brands brushed up on their people skills in 2012, improving their customer-experience scores, most didn’t. So while Marshalls, Courtyard by Marriott, Sam’s Club, Target, Amazon and USAA have plenty to brag about, the majority -- 61% to be exact -- scored just “OK” or “poor.” (And to be fair, that is a bit of an improvement. Last year, 63% scored as mediocre or worse.) Overall, it says it noticed a stronger trend toward value brands as well.

The same categories emerged as winners and losers, with consumers finding retailers and hotels providing the best experience, and health care, TV and Internet providers the worst. United Healthcare, Cigna, T-Mobile and Aetna earned the lowest scores in the index.

Forrester’s index tracks 154 brands across 14 industries, and focuses on three key questions: How well does the brand meet your needs? How easy were they to do business with? How enjoyable was the experience?

The market research company says it also found a sharper polarization within industries. USAA, for example, took the top spot in banking, seven points ahead of SunTrust (No. 2), but a whopping 32 points ahead of the two losers, HSBC and Fifth Third.

And in airlines, while Southwest (No. 1) and JetBlue (No. 2) were just a few points apart; they were miles ahead of loser United Airlines. Among phone companies, winner US Cellular boosted its No. 1 status, while T-Mobile dropped even deeper into the cellar.

This year’s winner -- Marshalls, a division of TJMaxx -- jumped seven points this year, and scored highest on “enjoyability” in the retail category.

Other value brands that have done well in the six years that Forrester has compiled the index continued their streak, taking 10 of the top 13 positions, including Marshalls, Courtyard by Marriott, Sam’s Club, and Target. “It’s not surprising that consumers turn to value brands in a weak economy,” the report says. “However, the fact that the customers of these brands rate their overall experience so highly is noteworthy. Clearly, consumers are not just making do.”