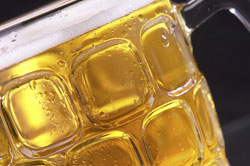 Consolidation among the major beer brewers combined with the economic downturn may present new challenges for local brewers, according to a report from Rabobank.

The report, authored by Rabobank’s global Food & Agribusiness Research and Advisory, looks at the consolidation process that the global brewing sector has experienced over the past decade and which is continuing.

The research shows that as the top four brewers (AB Inbev, SABMiller, Heineken and Carlsberg ) grew through acquisitions, many of the smaller local brewers stood on the sidelines and are now finding themselves competing with global giants, rather than with other local niche players.

Until recently, local brewers have been able to stand their ground, but bank analysts say there is no guarantee that this will remain the case. As the economic crisis is causing unprecedented volume declines in mature markets, local brewers are about to find out whether they can maintain their position or whether they need to adapt to a changing playing field.

Rabobank's report points out that the brewing sector has seen a lot of M&A activity in recent years. The leading four brewers, which had a market share of just 16% in 2001, today account for nearly half the global beer volume. As a result, many local brewers are now facing competition from these brewing giants rather than from other local players.

The brewing giants have undertaken M&A programs to increase their scale by entering new markets, or adding differentiating products to their portfolio. The local brewers’ market share has remained fairly stable over time, with local brewers selling 100 billion litres and having a 53% market share in 2011 (while in 2001, it was 56%), meaning that local brewers have not lost significant market share to acquisitive giants.

“Despite considerable M&A activities, the brewing giants have not seen an acceleration in volume growth because their increased economies of scale have not been passed on to consumers,” says Rabobank analyst Francois Sonneville in a release. “However, the giants have improved their margins at a faster rate than the beer market in general.”

The company's research indicates that in 2011, local brewers made up just 25% of the profit pool, declining from a 45% share in 2002. Brewing giants have been able to increase their share of profits through efficiency gains and implementation of a premiumization strategy in emerging markets where premium beer brands are more profitable.

Local brewers have also benefited from the growth of the profit pool as their operating profits have increased over the years. This should give local brewers some peace of mind at a time when mature market conditions are deteriorating, bank analysts say, driven by the recession and reductions in disposable income.

However, it is no guarantee for the future because the giants might decide to change their strategy and focus on volume rather than profit. In order to compete, Rabobank advises local brewers to evaluate their cost structure and consider alternatives, such as joint purchasing or co-manufacturing, which could give them greater economies of scale.