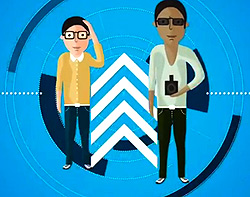 Esurance has launched a contest on Facebook as part of its South by Southwest 2013 sponsorship.

The SXSW “Dream Gig” contest, hosted on the Esurance Facebook page, invites lovers of social media, film, tech, and music to apply to join the Esurance team onsite at its booth at the Austin, Texas music festival to help cover the event.

The insurance company is promoting the contest with a 60-second explanation video on its Facebook page.

The contest winner will star in daily videos that capture the excitement of some of the festival’s happenings, and the videos will be posted on the Esurance Facebook page, YouTube and through sponsored posts on Facebook and other platforms. The contest winner also will receive a 10-day hotel stay, $2,000 and a new iPad.

To enter the contest, consumers need to “like” Esurance’s Facebook page between now and Jan. 25 and then enter a contest entry form on the page, which includes a list of open-ended essay-type questions. Esurance will judge all entries based on specific criteria, and three finalists will be selected by Feb. 4. The finalists will then create short videos explaining why they are the perfect SXSW Esurance correspondent.

Between Feb. 15 and 22, the finalists’ videos will air on Facebook, and friends (and fans) can “like” Esurance to vote for their favorite entry. Anyone voting for the three Dream Gig finalists is automatically entered into a sweepstakes to win $500.

SXSW 2013 offers attendees a unique convergence of emerging technologies, independent films, and original music. As one of the premiere venues for creative endeavors, the nine-day event draws media attention and participants from around the world. Last year, nearly 60,000 people attended.