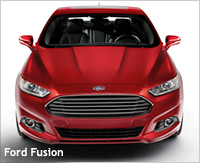 Ford is the leader. Honda is strong, but Toyota has improved the most, with Lexus doing well, too. In quality? Products? No, in buzz.

The YouGov BrandIndex 2012 perception numbers are in, and the results are good for several automakers, but especially for Ford. For the second year running, the Dearborn, Mich.-based automaker is leading the best-perceived pack in positive buzz, per YouGov. Its BrandIndex study reports the automaker has the sixth-best perception of all consumer brands, not just cars. The automaker is, in fact, the only car brand to land in the Top 25 best-perceived brands of 2012.

Who's down? Chevy, which dropped out of the five best-perceived car brands for 2012 in the perception gauge. Replacing Chevrolet at number four last year was Volkswagen, now right above BMW.

Toyota -- which was in the tank in 2010 from recalls and other issues -- did the best last year in reputation recovery. Chrysler saw a strong climb too, after a strong Super Bowl ad campaign and news that the brand was able to repay all bailout loans.

Overall, the five brands with the best buzz were Ford, Honda, Toyota, Volkswagen and BMW. The top gainers were Toyota, Chrysler, Kia, Dodge and Volkswagen, per the study, based on responses culled from 5,000 people each weekday from a representative U.S. population sample. The key question to survey subjects: "If you've heard anything about the brand in the last two weeks, through advertising, news or word of mouth, was it positive or negative?"

If reputations are varied, the sales outlook is good news pretty much across the board. J.D. Power & Associates LMC Automotive division says January is, in fact, likely to enjoy its highest retail selling rate in five years, climbing to 812,600 vehicles delivered at retail.

TrueCar predicts Volkswagen and Honda will lead the year-over-year gains with 26.5% and 21.1% improvements, respectively, versus January last year. Chrysler, Ford and Toyota will see 18% to 19% gains if TrueCar is right. While the industry is on track to see a 15.1% improvement versus last January, TrueCar predicts a massive 22.1% drop for the industry versus December, which is actually not surprising given that last month was the best December in many a year.