The World Cares, But Do The World's Wallets? 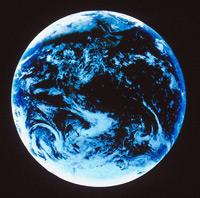 Yes -- the world is burning, but are you using your wallet to hold some deserving corporate feet to the fire or reward those who at least are trying to become more cognizant of our collision course with chaos, rather than just making as much money as possible before it's all over? If you're a consumer in a developing country, you are more likely to do so than someone from the U.S. or Europe.

Regardless of where you're from, there's a better chance than ever that you are thinking about sustainability when you consider a purchase, per a new study by The Regeneration Roadmap -- a joint project by GlobeScan, SustainAbility, and BBMG. The study, based on surveys of 6,224 people in six countries, finds that consumers -- especially in developing countries -- choose products based on corporate responsibility and sustainability.

The survey suggests that two-thirds of consumers globally will say they “feel a sense of responsibility to society” -- 81% in emerging markets and 50% in developed markets. Overall, two-thirds of consumers around the world also say they “have a responsibility to purchase products that are good for the environment and society." Again, progressive consumerism prevails in developing markets (82%) versus developed (49%).

Culled from respondents in Brazil, China, India, Germany, the UK, and the U.S., the study finds that more consumers equate shopping with feeling a sense of responsibility to society than with happiness (65% versus 63%). But nearly 81% of those in emerging markets feel that way, while only 50% in developed markets do.

It also grades corporate brands on consumer sentiment about their behavior. Tech companies tend to be in a generally more exalted position than those in other categories: All five companies included in the study (Google, Apple, Facebook, HP and Cisco) garner scores at or above the overall average.

Coca-Cola leads the food and beverage sector, followed by PepsiCo and Starbucks, whose scores are at the median for brands in the study. Below them are Kraft  and Campbell’s. In consumer goods, Procter & Gamble, SC Johnson, Unilever and L’Oréal are all above average in consumer perception of their corporate sustainability practices. Esteé Lauder, Avon and Reckitt Benckiser are all below the median in the study.

The lowest priority for each country differs considerably, however. In the United States, climate change is at the bottom of the list; in Germany it's community development.

china, europe, india, research, sustainability
1 comment about "The World Cares, But Do The World's Wallets? ".
Check to receive email when comments are posted.
Next story loading