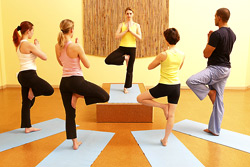 Outcast Media has been looking at the "ungettables." This is the media company's catchword for people who aren't big media consumers, who are young, middle class-plus, and have a penchant for owning several vehicles including hybrids, and like luxury autos.

They tend to get their purchase ideas from friends rather than ads. And -- no surprise here -- as Outcast is a gas-pump and health-club media company, they aren't averse to getting ads on the go (at the pump ... at health clubs).

But before we throw out the data as stuffed animals being sold by the vet, there are some interesting stats. The firm says this cohort comprises people ages 18 to 54 in the top 25 DMAs who have a household income of $50,000 or higher. They drive 8,000 more miles than the average, and are 50% male (and 50% female). And they report having seen video at gas stations in past six months.

The "ungettables" might be "ungettable" because they are also peripatetic, at least on wheels. About three-quarter of the firm's respondents said they are always busy and on the go. And over half said they are an influence on their friends and family when it comes to  automotive decisions, which is 77% more than the general population.

They have a propensity to buy alternative-powertrain vehicles purported to be good for the planet, according to the firm's data. Forty-seven percent say that they are likely to buy/lease a hybrid/EV in the future, which would be 68% more likely than general population.

The media firm says about three-quarters of respondents aver that auto ads are a good fit at the gas station, and are 52% more receptive to the auto advertising because they are with their car and in a relevant setting.