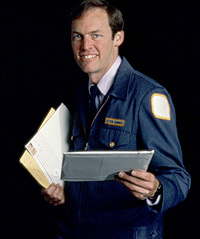 The possible ending of mail delivery on Saturdays will force direct marketers to make adjustments to already established plans, but the biggest question facing them right now is whether the plan will happen on its current timeline.

Although the U.S. Postal Service announced it would no longer deliver mail on Saturdays beginning in August, there’s some question whether the quasi-governmental unit can make such a change without congressional approval. The longer a discussion takes on the matter, the tougher it will be for marketers to adapt.

“Anytime there’s confusion in the business customer ranks, it can have an effect on mail volume,” Jerry Cerasale, senior vice president of government affairs for the Direct Marketing Association, tells Marketing Daily. “You have to eliminate that legal uncertainty and do it quickly. Otherwise, you’re going to have a significant problem.”

But even if any approvals given come quickly, many marketers will still have to adjust the plans that had been laid out a while ago, says Lisa Formica, president of direct mail company FMI Marketing Solutions. “They’ll have to change some scheduling and game plans,” she says. “I don’t think anyone expected this to happen so quickly.”

The DMA has taken a neutral stance on the Saturday delivery issue, with some members saying the Saturday delivery is crucial and others feeling the adjustment is necessary for the USPS to remain viable. “Every single one of our members who use the mail will have to make some adjustment,” Cerasale says. “For some, it will be relatively easy. They’ll have to put the mail into the mail-stream a day or two earlier.”

Retailers will be the ones who will have to adjust most, Cerasale says. Stores promoting weekend (or Sunday) sales will have to adjust their schedules to ensure the promotional materials hit mailboxes with enough lead time. And they’re going to have to create new evaluation models to be sure they’re getting the response they want. “They’re going to have to pull back to Thursday or Friday delivery,” he says. “[And then determine] what’s the efficacy of that ad when it arrives on Thursday rather than Friday?”

Marketers may also be looking to adjust their print schedules as many magazines, which had been scheduled for a Saturday delivery, may arrive either on a Friday or a Monday, Cerasale says.

Others, he says, will look to other channels to get their messaging to consumers, as they have been for a while. “If this were done 20 years ago, it would be a much greater issue and a much greater problem,” Cerasale says. “There are now other channels of marketing. [Though] there’s no doubt in some instances, the mail is still king.”