For Consumers, Small Luxuries Are Back 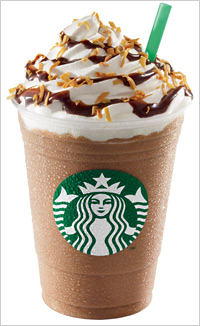 A new study shows that five years after the “new normal” stormed the family budget, daily trips to the coffee shop, a pricey new handbag and a family dinner out are re-establishing themselves as priorities.

STORES Magazine, published by the National Retail Federation, tracked five years of consumer sentiment about which expenses are deemed “untouchable” and those considered “expendable.” While shifts are still occurring, in part due to the continued rise of gas and grocery prices, (magazine subscriptions? Expendable! Hair color? Untouchable!) more consumers are seeing little splurges as a requirement, not a frill.

“Traditional discretionary expenditures in recent years have fallen victim to tighter family budgets,” says Pam Goodfellow, consumer insights director for BIGinsights, in the company’s release. “However, there’s no question that there are still quite a few things that are off limits for the chopping block. While we expect consumers to remain cautious with their spending, it appears that shoppers are also allowing some of those 'little luxuries' to creep back into their budgets.”

Five categories have emerged as essentially sacrosanct in the five-year period, including cable, Internet, cell phones, haircuts, and shopping for clothing at discount stores.

But a handful of categories are creeping up on the “Eh, we can live without ’em” list, including high-end jewelry, maid service, club memberships, magazine subscriptions and high-end cosmetics.

Still, Americans are increasingly bored with cutting back. The survey, which was conducted for the magazine by BIGinsight and included about 8,300 adults, reports that 53.9% of adults say that they cut back on some spending in 2012, down from 76.4% who said they’d done so in 2011. And nearly every category saw a year-over-year decrease in the number of people who plan to cut back on items and services.