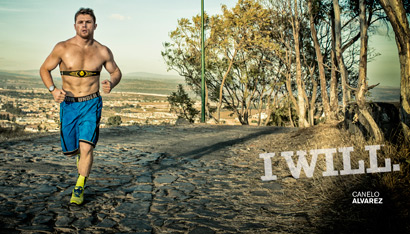 Under Armour is creating its own series of holidays this year to promote five major innovations and programs including a new apparel line called Coldgear Infrared, new footwear and a high-tech workout monitor called Armour 39. Also on deck is the company's largest global push ever and its first-ever brand experience.

Kevin Plank, founder and CEO, said the idea for the trio of "holidays" -- one just before Valentine's Day, one at back to school, and one at the end of the year -- is also to grab share of voice. "The Under Armour 'holidays' will be when our brand voice is bigger and louder than in any other part of the year," said Plank. Backing it all is a new global marketing campaign called "I Will."

Plank said the new campaign focuses on products, both current and those from an imagined future, with the idea that at some point Under Armour will be the company that invents and markets such products. The new ad touts current products by featuring four under-22 athletes sponsored by Under Armour. Each works out using a different one of the Under Armour products.

Steve Battista, SVP of creative for the company, which does all advertising in-house, tells Marketing Daily the campaign launches Saturday during the NBA All Star game and that it will also air it during the NFL combine and on cable and network rotation.

He says the ad deliberately shows the four athletes in their respective elements. One segment, for example, shows top boxer Canelo Alvarez at his gym in Guadalajara, and jogging on the road through the city's streets. In the spot, he is jogging while wearing the Armour 39 around his torso as his coach sits in a van following him, using his smartphone to grab data from the device, via Bluetooth. The Armour 39 hits retail on Friday.

The ad also shows Major League Baseball Rookie of the Year Bryce Harper of the Washington Nationals batting in his hometown of Las Vegas with his brother, another pro player, pitching. "Eveything is authentic," says Battista.

Then there's the company's first-ever retail experience. The space, opening in Baltimore's Inner Harbor this weekend, is an 8,000-square-foot venue that Plank said explores both current products and the brand's story with interactive screens some 74 mannequins, video and venue design. "It's about telling our story through displays and product in our brand voice."

The company will focus on footwear this year too, with new running shoes extending the Spine technology launched last year, a new cleat that updates the kind of high-top cleats, and a new shoe that hasn't been revealed, but which the company promises won't be worn as shoes but that will "clothe your feet."