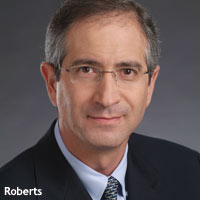 Comcast CEO Brian Roberts said the company’s emphasis on marshaling an array of assets to back a single NBCUniversal initiative is paying off with “The Lorax” film, NBC’s “The Voice” and 2012 Olympics as examples.

“Many of these successes were amplified because of our ‘Symphony’ approach,” he said Wednesday on an earnings call.

“Two years in, the strategic rationale for bringing together our content and distribution businesses and the opportunities for growth and value-creation available at NBC Universal are even stronger and better than we first anticipated,” he said.

Comcast has invested in improving performances at NBC and local stations, and Roberts said that is beginning to bear fruit.

In the fourth quarter, NBCU saw revenue increase 5% to $6 billion and operating cash flow up 11% to $1.2 billion, helped by the broadcast segment.

In 2012, Comcast generated $1.2 billion in revenue for the London Olympics and $259 million for the Super Bowl. Not including those figures, revenue and operating cash flow were each up 6%.

Also last year, in the fourth quarter, Comcast’s cable operations experienced a loss of 7,000 video customers, which was down from 17,000 in the same period the year before.