BlackBerry Is Showing Signs Of Life 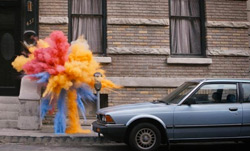 Reports of BlackBerry’s death have been slightly exaggerated. The company, which recently released its BlackBerry 10 line of devices, is seeing its best U.S. consumer perception in 14 months, according to YouGov BrandIndex.

“It’s very, very good news for BlackBerry, but it’s early days,” says Ted Marzilli, senior vice president and managing director of BrandIndex. “But it’s sort of the first chapter of a story being written. [The questions now become] is it sustainable and does it lead to additional action on the part of consumers?”

For the first time in more than a year, BlackBerry’s brand has been receiving more positive consumer feedback than negative -- movement that could be attributed to the introduction of its latest “10” platform. In recent days, in fact, BlackBerry’s perception has been inching closer to industry leaders Apple and Samsung, according to the daily poll, which asks consumers whether they have heard anything about a particular brand, either positive or negative. Scores, ranging from 100 to -100, are compiled by subtracting the negative feedback from the positive.

Although BlackBerry’s score hovered around zero from December through mid-January, it has recently risen to around 7. Samsung’s Galaxy, having had a score of 2 at the beginning of January, has moved up to 16 in recent days, and Apple’s iPhone scored a 17, down from its peak of 38 in October 2012 and off 10 points from the beginning of January.

“There’s a couple things going on,” Marzilli says about Apple’s dwindling scores. “They sold a record number of iPhones, but their [earnings] outlook didn’t impress investors, and they’re one of the most closely watched stocks. The negative fallout from their earnings release is reflecting badly on them.”

These buzz scores also correlate with the loyalty rates for smartphones, as measured by YouGov’s InvestorView data. According to InvestorView, only 18% of BlackBerry owners indicated a preference for buying another BlackBerry device when queried between April and June 2012. During the current time frame (January to mid-February 2013), that number had risen to 43%. (Purchase intent for the same device among Apple owners has fallen 7% over the same period, and intent for the Samsung Galaxy has increased 7%, during that same period.)

“A year ago, it looked like their customers were going to flee, but now [purchase intent] has more than doubled,” Marzilli says. “But what this [data] doesn’t say is if BlackBerry is attracting people from other brands.”

buzz, electronics, mobile, research
1 comment about "BlackBerry Is Showing Signs Of Life".
Check to receive email when comments are posted.
Next story loading