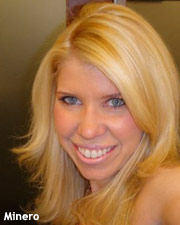 WPP media agency Mindshare has formed a new content marketing and strategic partnerships practice and has promoted Stacy Minero to run it.

Previously, Minero was managing director of communications planning at Mindshare with responsibility for client American Express’ U.S. brands. She is credited with spearheading a number of media company partnerships that gave Amex cardmembers access to exclusive content from TV shows such as "Lost," "Prison Break" and "30 Rock."
She’s also credited with developing the "Shine a Light” marketing program to spotlight the efforts of small business owners.

“Our clients are recognizing that marketing messaging has to go beyond traditional advertising formats, such as 30-second TV ads, if they are to engage consumers and communicate more persuasively,” stated Antony Young, CEO Mindshare North America. “We see a major opportunity to develop content marketing strategies early in the brand communications planning process that captures wider content formats and build these into a wider brand communications effort.”

Minero will report  to Tim Elton, the head of Mindshare’s communications strategy practice.

“Everything starts with consumer insights and a deep understanding of mindset and motivation,” said Minero. She will lead a “core team made up of content strategists and specialists in digital media and emerging technology.”

Minero said she would be “collaborating with client leads and communications planners [at the agency] on each piece of business so that the process is highly integrated.“ She added that she and her team would also collaborate with Mindshare Entertainment, headed by David Lang.

Minero’s new unit is working with several clients already, she said, but declined to identify them at this time.