Why CMOs Fail: 60% Blame The Company 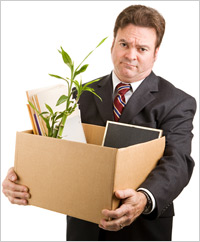 It’s no news that CMOs are among the most oft-booted execs. And a new survey from recruiter Korn/Ferry reports that most marketing insiders say when CMOs fail, the fault isn’t with the individual, but with companies that aren’t as open to change as they think they are.

Some 60% of those responding to the recruiter’s questions say the primary reason a CMO gets bounced is that “the CMO is brought in to drive change, but the organization was not aligned behind the change agenda.” Only 24% chose the second-most popular answer: “The CMO is not in direct alignment with the CEO about what success looks like and in what time frame.”

The respondents say the most common reasons for recruiting a CMO from outside an organization is to transform current marketing and business strategy (44%) and to infuse the company with new skills (36%.)

“CMOs are hired to drive a change agenda, which is great, but they are not always fully supported. And one person is not enough to drive change,” says Caren Fleit, Korn/Ferry’s senior client partner and leader of its Marketing Center of Expertise.

Finding the right CMO for a company, she tells Marketing Daily, requires a company with a clear business mandate. Without that clarity, CMOs hired from the outside often don’t fare any better than the CMOs they replace.

But there are plenty of other reasons that CMO tenure tends to be short. “While jobs like CFO and CIO tend to be fairly straightforward in definition, there are more interpretations of a CMO’s role. Does it include responsibility for brand? Communications? Strategy? Analytics? Digital? We find it blurring more often, and companies aren’t always very clear on exactly what they expect.”

Another challenge for CMOs is a growing “bifurcation of talent” says Fleit. “There’s an increasing need for specialists—mobile, social, SEO, data people. At the same time, companies need to cultivate generalists, the people who can lead and integrate all efforts.”

She says that CMOs that are most effective are “learning agile,” the ones best equipped to transfer experiences from previous work into different industries and situations.

cmo, research
1 comment about "Why CMOs Fail: 60% Blame The Company".
Check to receive email when comments are posted.
Next story loading