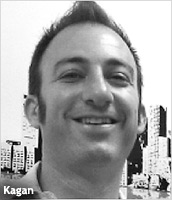 Pricing Engine launched Friday, bringing marketers a self-service platform to manage a variety of media. The company initially released the product to support search marketing, integrating the ability to create and buy paid-search ads across Bing, Google and Yahoo, but later this year it will add the capability to optimize display advertising, social media marketing and eCommerce across desktop and mobile.

The service runs on a tiered-subscription model, explains Jeremy Kagan, Columbia business school professor and founder of Pricing Engine. He describes the platform as a Web service that powers creative development and media buying. It consolidates lead generation to track and benchmark progress. "Pick keywords in one platform and we can push them out anywhere," he said, although not all marketers will want to follow that route.

Through reseller partners, Pricing Engine taps data from more than 500,000 small business owners in the U.S. During its beta, the company has signed up more than 600 small businesses. Advertisers on the network spend between $1,000 and $5,000 monthly on average, Kagan said, adding that "we're in the under $10,000 per month market."

The subscription includes reports ranging from click-through rates and monthly budget analysis to cost per click and invalid click rates.

The platform supports mobile through the company's existing channels that it supports today, such as click to call for restaurants, but Kagan said there are plans to have a mobile specific option later this year. Kagan founded the company with Yagmur Coker, CTO, in the summer of 2011.

Eventually the platform should allow brands to create an attribution funnel through the reports available from the site.