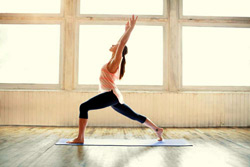 As brand crises go, Lululemon’s yoga-pant recall isn’t on the scale of toxic lead pant in cribs, let’s say, or failing brakes. But in addition to giving Internet wits plenty to work with in the last news cycle, the fiasco is also creating quite a stir at the Vancouver, Canada-based company. The company has lowered its sales forecast for the quarter: Where it had been tracking an 11% same-store sales gain for the quarter, it now expects those increases to just 5 to 8%. Its stock has fallen, too, and now, its manufacturing partners are yelping that they’ve been wrongly accused.

But crisis-management experts say the brand is wearing its 15 minutes well -- using it as an opportunity to speak frankly to customers, and even give them plenty of detail about how those pricey, coveted yoga britches are made.

“Every crisis is its own animal,” crisis-management expert Eric Dezenhall tells Marketing Daily. “It’s not like there is one playbook. The fact that the company is recalling and refunding is a good thing. This is a company with tremendous goodwill.”

In addition to a lengthy FAQ on its website, Lululemon’s blog is assuring customers that their money will be refunded and that, eventually, they will have quality replacement pants available. “The materials used in construction were the same but the coverage was not, resulting in increased sheerness,” it says. “We want you to Down Dog and Crow with confidence and we felt these pants didn't measure up. We are committed to making things right so if you purchased product from our store or on our website and you think it is too sheer, we welcome you to return it for a full refund or exchange.”

And while its hard not to expect a fair amount of web-snarking, because a) no one got hurt and b) see-through yoga pants were probably already on somebody’s wish list, the shortage is no joke for the company. While it sells many types of athletic wear, the black yoga pant is its staple, and the problem affects “17% of all women's bottoms in our stores.” (Go ahead, have fun with that last sentence -- half the Internet already has.) Lululemon was just named the top retail brand in Canada.

But long-term, Dezenhall predicts this will be just a minor hiccup in the brand’s growth. “This is a minor thing, and very fixable. I expect they will come through this just fine.”