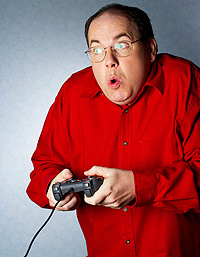 When talking about gaming, markets such as Terre Haute, Ind.; Rockford, Ill., and Rapid City, S.D. may not be top of mind, but localized research shows there are pockets within those markets that are looking for the newest and hottest titles.

According to hyperlocal digital ad company MaxPoint, those markets have neighborhoods that index high with early adopters who are looking for the latest and greatest in gaming technology, based on the agency’s analysis of in-store purchases and other online data points.

“Advertisers charged with promoting game-related products tend to rely on general knowledge about gamers as the foundation for their campaigns,” says MaxPoint COO Gretchen Joyce. “But, as we learned when examining our interest data, the gaming industry’s consumers are distinctly different. Advertising solely on general profiles doesn’t take into account the specific needs, interests and buying behaviors of various types of gamers.”

According to the analysis, the early adopters tend to be college-educated, single homeowners who have an average income of more than $60,000 a year. Other markets with neighborhood clusters of these early adopters include: Boston, Dallas, Los Angeles, New York and Phoenix, as well as Fairbanks, Alaska; Fort Smith, Ark.; Parkersburg, W. Va., and Hartford, Conn.

On the flip side, MaxPoint also identified pockets of so-called latecomers, who limit their gaming purchases to proven equipment and stay more casually informed about gaming developments. They also tend to be married homeowners without a college degree, making less than $60,000 a year. Markets with high concentration of latecomers include Bangor, Maine; Birmingham, Ala.; Charleston, W. Va.; Fargo, N.D.; Minneapolis, Oklahoma City; and Wichita Falls, Texas.

Such geographic information can be useful to gaming marketers looking to either launch a new title or to push other, older titles, Joyce says. “If I am advertising in the gaming industry, being able to distinguish between these two types of gamers helps target a better message,” Joyce says.  “If I thought there were products I’m long on, I’m not going to promote that to the early adopters -- I want to go to the latecomers. It’s much more effective and efficient with your marketing spend.”