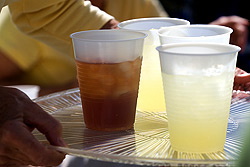 The effectiveness of common types of deals is wearing off in restaurants, in part because diners have come to perceive them as regular pricing over time, reports The NPD Group.

NPD’s research shows that restaurant visits on a deal were down 3% last year versus 2011, while non-deal traffic actually rose 2%. Total restaurant traffic was up 1%.

Combo meals and value-menu item offers, two of the most frequently offered deals, are largely responsible for the decrease in deal traffic. Visits that included coupons, buy one-get-one, and discounted price were up.

Last year, the recession trends actually reversed, with deal traffic (which accounted for 23% of total traffic) down and non-deal traffic up.

Nearly all types of deal visits, and combo and value-menu deals in particular, are down significantly among younger consumers in recent years, according to a new NPD report on driving restaurant growth in the “new normal” marketplace.

Deal checks have risen over time and the disparity between deal and non-deal checks is not vastly different. Last year, the average deal meal cost $5.97, versus $7.04 for the average non-deal meal.

“Deals and special offers definitely influence restaurant visits, and if it weren’t for deals during the recession the industry would have fared much worse,” says NPD restaurant analyst Bonnie Riggs. “But some of the deals being offered today aren’t resonating with consumers.”

Given consumers’ continuing frugality, restaurants certainly can’t drop deals entirely. Instead, traditional approaches need to be re-engineered and “the next generation of deals introduced,” Riggs says.