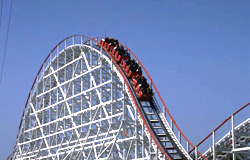 Brands decreased spending for paid-search ads on Google by 1% in the first quarter of 2013, compared with the year-ago quarter, although Yahoo Bing Network continued to grab market share.

There were also changes in investments made by marketers on paid-search ads on smartphones and tablets, as well as shifts in programmatic display ad-buying, notes an IgnitionOne report.

Overall spending from brands rose 2% in Q1 2013 on paid-search ads compared with Q1 2012, falling 9% in January and bouncing back 9% in February and 11% in March. The Yahoo Bing Network showed the most gains, at 11%. The report attributes the growth to an increase in combined market share to 24.4%.

Search engine marketers spent more on advertising in Q1 to run ads on smartphone and tablet devices, even while total search spend was virtually flat. Spending on both devices rose nearly equal amounts, with tablets up 112% and smartphones up 113% YoY. The growth cannibalized PC budgets.

Impressions on tablets rose 129%, and clicks 79%, while smartphones rose 27% and 25%, respectively during the quarter year-on-year. On average, tablet users spent 17% more time on sites and had 9% higher engagement scores, which IgnitionOne defines as their user scoring system that measures behavior and propensity to convert, compared with PCs.

The percentages in Q1 were compared with engagement scores during Q3 2012. Smartphone users, on average, had a 14% lower engagement score than PC users, but 4% more time on-site.

The report, which includes trends across digital advertising, also looks at how brand marketers increased their spending in the U.S. on programmatic display ads by 55% in Q1 2013 compared with the prior year, with an average price for these ads that rose 4% to $1.51 compared with Q1 2012. Impressions rose 49% during the quarter, according to the report from IgnitionOne, which manages more than $30 billion in revenue annually for brands.