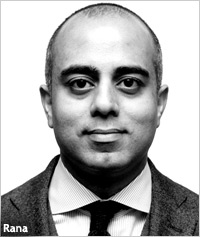 For several years, Dynamic Logic has been able to measure brand metrics like awareness, favorability and purchase intent for mobile campaigns. The latest version of its AdIndex for Mobile service can now also track the impact of ad frequency in mobile as a result of an upgrade to its analytics platform.

The company says its new technology allows simultaneous tracking of a control and exposed group for more accurate measurement and frequency analysis. Previously, it recruited a pre-control group and then an exposed sample for the same page on which an ad runs.

“The advantage of a simultaneous control/exposed is that both groups are recruited at the same time, so the influences of all other media are equal for the most part,” said Ali Rana, senior vice president and head of Dynamic Logic’s Emerging Media Lab. “That’s the gold standard we’ve been using in the online space.”

That capability opens the door to tracking key metrics like frequency and recency of ad exposure to better allocate media spend. “Those are all the extras we’ve been doing so long in the online space that we can bring to the mobile space,” said Rana.

Dynamic Logic’s AdIndex platform has long relied on live Web recruitment for sampling in which participants, both control and exposed, are drawn directly from sites where a campaign is running. It uses that approach as opposed to traditional panel-based recruiting, which the company views as less practical for tracking online ad effectiveness.

How did the company extend its Live Web recruiting fully to mobile?

Rana is tight-lipped on that topic but said it involves “next-generation tracking,” similar to Web-based cookies. “It’s just a piece of tracking code everyone is using in the online space, but we’ve just repurposed it in some very specific proprietary ways that allows us to be able to track in the mobile environment.”

In one recent study conducted with mobile ad firm SessionM, it found that mobile users were twice as likely to consider a financial services brand after viewing a mobile video ad. While an increase was seen after one exposure, the campaign delivered its highest impact after four or more exposures.

Such findings can help brands figure out what the optimal number of exposures is for specific ad creative before switching to something else. While frequency capping is common online, Rana said it still isn’t widespread in mobile except through certain platforms like iOS, and ad technology providers, including Medialets.

“It just allows marketers to be more efficient and smarter about reaching their goals and targets,” he said. To date, the company has completed 50 studies involving its updated mobile service with top publishers and tech firms, with additional results to be published during the second quarter.

Rana also suggested the new technology lays the groundwork for better integrating mobile into cross-media measurement. “We’re hoping the rest of the industry at some point will follow and make sure we are providing very robust analytics to mobile just the way we do in online,” he said.