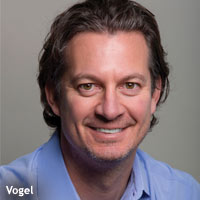 About.com has a new boss, CEO Neil Vogel, known for creating the Recognition Media Webby Awards, the Internet's version of the Oscars, and New York's Internet Week. The synergies may not seem readily apparent, but the two companies have a lot in common.

Vogel built Recognition Media around identifying and honoring the best content on the Internet, giving the company a front-row seat to what works and what doesn't. Nearly 65 million people monthly come to About.com to access content to help them learn, per comScore, which ranks the site at No. 17 in the U.S.

Site visitors find value in the content, and they show the importance by coming to the site to search for it, but the experience becomes just as important. "That's the sort of stuff we have been focusing on at Recognition Media and the Webby Awards," he said.

Native advertising is the new content. Even in search engine queries, content continues to play an important role in ranking on Google and the Bing-Yahoo network. The more value to site visitors, the higher the content serves up in search-engine query results.

Many search engine marketers believe large companies this year will try and bring the entrepreneurial spirit back into conglomerates to become more nimble, similar to the quick thinking of executives at Mondele's Oreo brand during the Super Bowl. In fact, this year, the industry will begin to see more start-up CEOs running established companies. Not only does Vogel bring experience with content, but also a young spirit to make About.com agile. The expectation of executives at the parent company InterActiveCorp point to a fresh, entrepreneurial approach.

Under Vogel's watch, About.com will get a new look and user experience and lots of social integration. Change will come from "a thousand small things," strategies already working at sites like Pinterest and Buzz Feed. The strategy will take a multidevice approach as this kind of content works well on tablets and smartphones, he said.

Vogel replaces Darline Jean, who stayed on through the transition after IAC acquired About.com from The New York Times last year.