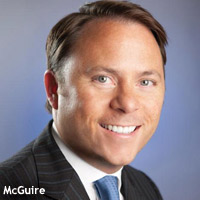 San Francisco-based RMG Networks, the digital out-of-home media company backed by Kleiner Perkins Caufield & Byers and National Cinemedia, completed its reverse merger Monday. It went public on NASDAQ in the shell company SCG Financial Acquisition under the ticker symbol SCGQ, but will change one week later to trade under RMGN to align with its new brand.

RMG worked with its bankers to accelerate the IPO process, gaining access to growth capital to consolidate the fragmented emerging media segment during the next two years.

It will begin in one week with the acquisition of Dallas-based Symon Communications, according to Garry McGuire, RMG CEO, but "several others" will "quickly" follow.

Symon makes the Internet-connected technology behind OOH networks. Along with the technology, RMG will acquire about 7,000 customers. Today, RMG supports about 120,000 screens across airlines, malls and more. After the acquisition the company will have more than 1 million screens across their network.

RMG has been growing 40% annually for the past three years vs. the industry at 12%. McGuire said the company will likely continue to grow at the same pace organically, with 100% growth through acquisitions.

Analysts project the $2.6 billion DOOH advertising market in the United States -- about $10 billion worldwide -- to grow at 13% compounded annual growth rate (CAGR) during the next four years.

Intel, which makes many of the microprocessors in the media players connecting the screens, estimates the number will rise from 3 million today to 10 million by 2015.

Many of those screens sit on the back of airline seats. "There's nothing more captive than being strapped into a seat with a television 20 inches from your face, and the FAA telling you not to use any other device," McGuire said.