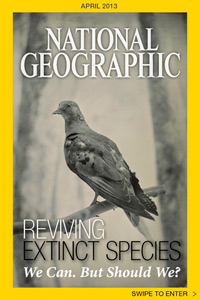 It's not clear whether mobile platforms can ultimately deliver the revenue magazines need to offset circulation and sales declines on the print side. But the expansion of digital editions has been one of the few bright spots amid the industry's ongoing woes.

The popularity of combined print and digital subscriptions, fueled by the rise of tablets and smartphones, is one factor helping to stabilize overall magazine circulation in the second half of 2012, per The Pew Research Center’s recent State of the News Media 2013 report.

Adobe has been among the companies behind the surge of digital editions in the last two years, given its set of publisher tools for creating magazine versions on devices such as iPad, Kindle Fire and other Android tablets and the iPhone.

Based on data collected through adoption of DPS, Adobe has provided new metrics highlighting the growth of digital titles and shedding light on usage patterns. The overall number of publications delivered using the system since March 2011 has gone from nothing to almost 2 million on a weekly basis.

“We’re at the point where digital magazines are moving from early adopters…to the mainstream, print-reading audience -- moving to people who love magazine,” said Nick Bogaty, head of business development and marketing for digital publishing at Adobe.

It’s not quite mainstream yet. About 22% of tablet owners read magazines on their devices weekly, as do 11% of smartphone owners, according to Pew data from last fall. But almost two-thirds of both tablet and smartphone users get news at least weekly on their devices.

The Adobe findings show that three-quarters of magazine reading is taking place on tablets, with a quarter happening on smartphones. That suggests magazines shouldn’t necessarily rule out creating a smartphone presence.

According to Bogaty, the device that has helped boost digital magazine growth lately is the iPad Mini. Its launch in November has correlated with a sharp rise in per-publication readership since then, and a 150% increase overall between August 2012 and February 2013. He believes the smaller, lighter form-factor makes it especially well-suited to serving as an e-reader.

When it comes to subscriptions, the Adobe data shows that about 34% have come from paid, digital-only sign-ups, 35% from bundled print and digital packages, 10% from single-issue sales, and 22% free. With almost 80% of downloaded content being paid for in some form, Bogaty says the pattern represents a welcome contrast to the free, ad-supported model that has long prevailed online.

“This isn’t just a rehash of initial Web strategies,” he said. Veronis Suhler Stevenson estimates that overall spending on digital platforms in magazines grew 22% to $1.3 billion last year. That total includes digital and mobile advertising, as well as revenue from subscriptions, apps and other services. That figure is expected to double to $2.9 billion by 2016, but will still only amount to an estimated 14.5% of overall magazine revenue by then.

Time spent with digital editions from its publisher partners averages more than a half hour per month, which Bogaty said is roughly on par with print, and compares to less than five minutes online.