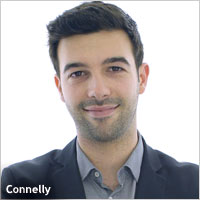 London-based mobile agency Fetch, whose clients include Hotels.com, eBay and Sony Music, announced its expansion to the U.S. with a new office in San Francisco. Heading the agency’s U.S. operations is Guillaume Lelait, who joined Fetch in 2011 from Publicis-owned mobile agency Phonevalley.

Fetch offers strategy, creative, media and analytics services supporting mobile campaigns, as well as app development. With Hotels.com as its flagship client here, the agency is looking to grab a bigger share of the U.S. mobile ad business by having a physical presence to work more closely with brands and other agencies in the market.

With U.S. mobile ad spend to reach $7 billion next year, this is a strategic time for Fetch to touch down in San Francisco,” said James Connelly, co-founder and managing director of Fetch. The company chose the city as its U.S. headquarters, given its role as a high-tech hub tied to Silicon Valley.

Connelly said Fetch serves as agency of record for Hotels.com, handling all of its mobile marketing and advertising including brand and direct-response campaigns. As AOR for eBay in Europe, the Middle East and Africa (EMEA), it has run campaigns involving rich media and augmented reality, as well as media buying and optimization.

Founded in 2009, the 50-plus-employee agency has handled hundreds of campaigns to date across 40 countries. With the launch of the eight-person San Francisco office, Connelly said Fetch would look at expansion to other U.S. cities as the growth of its business demands.