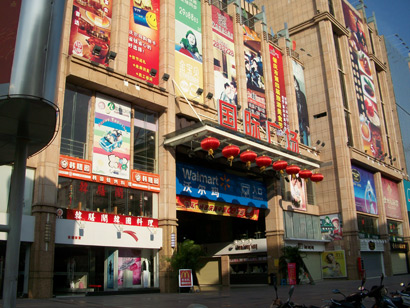 New research from Accenture shows that the world’s biggest retailers have slowed their efforts to expand around the world, and are concentrating more on growth through multiple channels.

The drop is most notable in Asian expansion efforts, as retailers focus on multichannel reorganization. Accenture, which bases its analysis on 500 of the world’s biggest retail chains, reports that they entered just 17 new markets from October of 2012 through January of this year. In the comparable period of the prior year, they had entered 43 markets.

(Accenture defines a new market entry as the opening of a new retail format, including a physical store or website, the launch of a new country-specific website, the acquisition of another company in a market, creating a joint venture, or opening a franchise in a target market.)

The decline was most notable in the six key markets known as “Emerging Asia” -- China, Indonesia, Kazakhstan, Malaysia, Pakistan and Thailand -- which fell to just 13 of the 43 new-market entries. Overall, U.S. retailers were most likely to expand overseas. The U.S. was also the most popular market for expansion, but declines were seen  in Brazil, Russia and India.

But while franchise expansion was the leading method of entering new markets, “organic growth and website launches accounted for the vast majority of the other market entries during this period.”

Accenture says the shift is likely due to retailers’ growing understanding of just how expensive it is to create a selling infrastructure that can “meet their customers’ expectations for a seamless experience across all available channels,” Chris Donnelly, global managing director of Accenture’s Retail Practice, writes in the report. “These results suggest that retailers are focusing more on getting it right at home before exporting it internationally.  Part of their effort to integrate the e-commerce experience into the main business may require a reorganization of the roles and responsibilities of the company’s top management team, which may be reflected in the decline seen in international expansion as retailers turned their attention to strengthening their internal structure.”