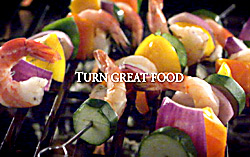 The spots, “Judged” and “Meals,” highlight the beer’s premium quality and ability to pair well with a variety of meal options, particularly the Latin flavors that Chef Bayless uses to create his flavorful dishes.

The new season of the Emmy-nominated show -- now in its ninth season -- premieres May 4 on PBS and features Bayless incorporating the unique styles, culture and flavors of Mexico into his legendary cooking.

“Negra Modelo is the lead brand in our robust partnership with Chef Bayless because of the brand’s strong history with quality cuisine,” said Jim Sabia, chief marketing officer for Crown Imports, Negra Modelo's exclusive U.S. importer, in a release. 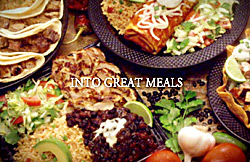 “Our new creative for Negra Modelo showcases how the beer pairs so wonderfully with food, which is reflective of Chef Bayless’ culinary approach.”

The partnership between Crown Imports and Bayless includes sponsorship of the show as well as Negra Modelo appearing alongside Bayless' Frontera-branded lineup of salsas, grilling sauces and organic chips, which will be leveraged at retail with point-of-sale and value-added promotions supporting Negra Modelo and other brands within the Crown portfolio.

Crown Imports and Bayless will also introduce branded food pairings and recipes later this summer which will be featured across the brand’s social media channels.