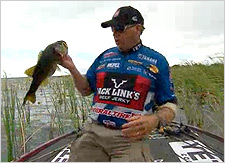 With two prospective buyers competing to buy the Outdoor Channel, a shareholder vote scheduled for Wednesday has been postponed. Meanwhile, shares in the parent company were trading at around $10 a share -- a signal that investors believe a higher bid still awaits.

On Monday, Outdoor Channel Holdings said its board has notified Kroenke Sports & Entertainment (KSE) that it intends to instead accept a bid from InterMedia Partners at $9.75 a share.

KSE has until May 9 to increase its $9.35-a-share offer. If KSE walks away, it would receive a $1 million breakup fee.

The bidding war dates back to last year when InterMedia offered to buy the network in a deal where shareholders could receive $8 a share. InterMedia, where media entrepreneur Leo Hindery is a top executive, wants to combine operations of the Outdoor Channel with its Sportsman Channel and outdoor enthusiast magazines.

Ad dollars were around $37 million last year, essentially flat compared to 2011. Subscription revenues did grow by about $1.4 million.