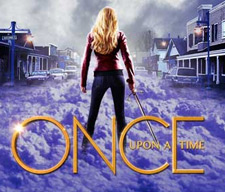 The battle for sight, sound and motion mindshare is about to leap onto devices in a more substantial way. ABC is set to preview for advertisers live TV streams of its programming to devices, according to a report at Bloomberg.com. The “Watch ABC” service presumably would follow the lead of another Disney TV brand, ESPN -- whose “Watch ESPN” app gives fans access to the live streams across five of its cable channels as well as archived coverage. Disney also issued “Watch Disney” apps that feed live TV onto devices from the company's kids' networks.

According to Bloomberg, “Watch ABC” may not roll out to consumers until the fall TV season launches. It will require authentication by pay TV subscribers that they already receive the network programming by other means. The network will make the service part of its upfront presentation to advertisers next week, the report claims.

Extending the TV grid live and on demand in its entirety to devices would represent another front in the ongoing battle between traditional programming formats and the online video outlets -- especially Google’s YouTube and increasingly Facebook. The ubiquitous social network has emerged in recent years as one of the largest distributors of video content, albeit much of it user-generated and shared.

The move by ABC would be the first aggressive move by a major broadcaster to make the smartphone and tablet into another venue for live streams. This comes just as digital endemic YouTube is trying to craft more TV-like experiences and content channels across desktop and devices.

Meanwhile, the startup Aereo is threatening to do an end run around TV programming distribution deals by piping over-air signals onto devices.

After years of big talk, the TV Everywhere model finally appears to have accumulated momentum -- at least insofar as the broadcasters, distributors and new startups are scrambling to ensure that they are not cut out of the supply and value chain. Along with OOT set-top boxes, mobile screens shake up the TV universe in ways that make all of the incumbents uncomfortable.

When people are looking for good TV content, it is an open question whether their loyalties are with TV networks, cable or satellite providers, or the specific show properties. There is probably no single answer, but there will be a lot of shaking up and shaking out over the next few years. No one but the consumer really will own the experience. Everyone else is just scrambling to get their nose in.