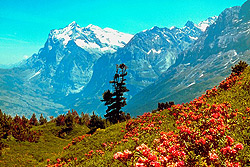 Google plans to deploy a series of sensors at the Google I/O developer conference that begins Wednesday to collect data about environmental conditions in the Moscone West center during the event. "The sensors network will provide over 4,000 continuous data streams over a ZigBee mesh network managed by Device Cloud by Etherios," according to Michael Manoochehri, developer programs engineer at Google.

Manoochehri tells us in a blog post about the Google Cloud Platform, which provides the software back end for this project. It supports a variety of features for building applications that collect and process data from a large number of client devices without the need to spend time managing hardware or infrastructure. These sensor networks are not new. I have been writing about networks that monitor weather conditions to detect forest fires, as well as cold chain storage in supply chains, for years.

Now these networks will emerge to support the advertising industry. Companies that are using sensor networks in the supply chain have already proven they work. In recent years, companies like The Weather Channel, as well as search agencies like PM Digital, have begun to rely on weather conditions to serve paid-search ads in real-time.

A Google patent granted in March a method for robotic analysis of an ambient environment, as well as a user. In some examples, a robotic device may provide a personalized interaction or response to a user based on a determined state of the environment, such as local weather. We have also heard in the past about Google testing the ability to monitor weather conditions through sensors in mobile devices.

All this will support a content network on mobile devices that Juniper Research estimates will reach $65 billion by 2016, cites Luxury Daily. Mobile content is expected to bring in $40 billion this year, with the remaining $25 billion during the next three years, according to Juniper's report.