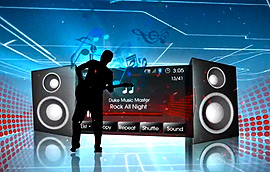 The head of marketing for, say, Starbucks, is probably thinking about cars. Specifically, how to go beyond radio ads by exploiting streaming content and entertainment channels, and location and loyalty data to talk to consumers when it’s most advantageous.

Say I -- a loyal customer -- am driving past Starbucks, when I get a ping on my smartphone and a simultaneous message over the car's audio system saying that I might want to stop in now for a free coffee. The coupon has been downloaded to my smartphone. I also have a message that if I share my location with friends on, say, Glympse, they also get offers if they meet me for coffee.

How far out is this? Can it happen now? Should it? And how can marketers even begin to understand the opportunities and limitations of new in-car media?

A recent J.D. Power study said more than half of vehicle owners said their next car would definitely or probably include wireless connectivity or the ability to sync with their smartphones. According to a 2012 study by auto technology company SBD and global mobile technology organization GSMA, penetration of global integrated telematics will reach 88% of new cars by 2025.

Market research firm eMarketer, in a report on the car as the “fifth screen,” says use of smartphone apps for Pandora, Spotify and the like for music has more than doubled since 2010.

And app makers are busy developing products that are ideal for cars: the above-mentioned Glympse, Amazon’s Rhapsody, audi-response app Kaliki, and USA Today in-dash news reader, for example. And then there are aggregators like Harman's Aha infotainment delivery platform, which customizes content based on location, heading and preferences. And there are location-agnostic radio channels like TuneIn, which offers thousands of radio channels.

eMarketer quotes a Booz study that says 85% of auto execs ranked in-vehicle connectivity and entertainment as the most likely auto technologies to see widespread adoption in coming years.

But Henry Bzeih, Kia Motors America’s chief tech strategist, tells Marketing Daily that, while the smartphone and app technology exists for marketers to make offers based on driver location, loyalty data and preferences -- the big challenge is distraction. He says this engagement, such as it is, has to happen "when the journey ends, or when you can pull over to introduce that information. Technically real-time is feasible, but in terms of [avoiding] driver distraction, there just isn't enough there to make something happen actively."

One less contentious channel is to the passengers. General Motors, BMW and others are engineering telecom platforms that will turn vehicles into 4G hotspots. Bzeih says this opens a huge marketing opportunity, since there aren't distraction issues in the back seat. General Motors CEO Dan Akerson has said as much. He said the automaker sees revenue streams both from 4G subscriptions through partner AT&T but also from advertising. "If you step away from the [dashboard] head unit and look holistically, there's huge potential in the rear seat for communicating to the family. There are no distraction issues marketing to those folks via streaming events."

In any case, it might be a good time for marketers to sit on their hands until regulatory guardrails are in place. Early this year, the U.S. Department of Transportation issued Phase I recommendations for limiting in-vehicle telematics/infotainment/phone distractions. Suggestions: reduce complexity, operations, visuals in and out of the driver's field of vision, social media, browsing, etc. Phase II will focus on mobile devices brought into a car, and Phase III will deal with voice-command technology.

David Sullivan, who heads cross-car planning management at Subaru, says these moves could be a game ender, at least for the moment. "Now that the government is getting involved, [marketing engagement via infotainment] will be a lot more difficult. Nobody wants to be the one who does that and runs someone into a telephone pole. In some respects, the jig may be up. I really think it will limit expectations of what can be done."