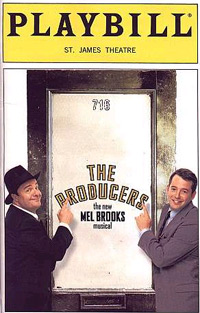 Time Warner Cable (TWC) will begin distributing a show about Broadway and theater at large to subscribers in its various markets next month. “On Stage Across America” will be based on a local show airing over the past 15 years on TWC’s Big Apple news station NY1.

The monthly 30-minute show will air on similar TWC news stations and be available on-demand. “Playbill” editor Blake Ross will be a co-host with NY1 reporter Frank DiLella. A sense of how the programming will vary comes in the debut episode with interviews of Tony nominees and a feature on high school theater competitions.

DiLella hosts “On Stage” in New York, which launched in 1998. Shows will include info on events in local markets.

TWC has a heavy presence in Southern California, Texas and the Carolinas. It has an all-news local station in North Carolina and several in New York state.

"Playbill," a 130-year-old entity, has expanded into the digital realm and now moves to TV with the show.