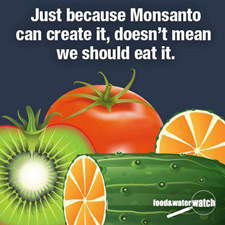 With tax evasion and third-world factory collapses dominating headlines, a new study on the role of corporate responsibility programs shows that consumers are more inclined than ever to expect their favorite brands to be on their best behavior. And increasingly, they are relying on social media to keep them informed.

An impressive 91% of consumers say they would switch brands to one that supports a cause, and 90% say they would boycott if they learned of irresponsible behavior, according to the just-released Cone Communications/Echo Global CSR Study.

“Social media is changing the face of CSR, as citizens worldwide have unprecedented access to information about corporate behavior,” writes Alison DaSilva, Cone’s EVP, in the report. “They are poised to not only engage with companies around vital issues but also serve as CSR megaphones, equally propagating the good and bad.”

Economic concerns are the fastest-growing, with 38% believing economic development should be at the top of CSR agendas, which is a gain of four percentage points from the last time the survey was conducted, in 2011. Protecting the environment came in second with 19%, followed by human rights (11%) and poverty and hunger (11%).

While CSR is very much on their radar, the study finds, most are unimpressed. Only 22% say they believe marketers have made “significant positive impact on social and environmental issues.” But 27% believe that through their own purchasing decisions, they can make an impact. For example, 92% say they would buy a product with a social and/or environmental benefit if they had the chance, and 67% say they have done so in the last year. And only 13% of the total sample feel they have no impact on corporate behavior.