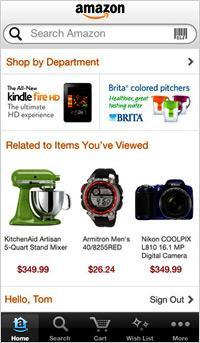 Ecommerce companies are increasingly embracing ad sales as a fresh source of revenue, but as new research shows, few with the success of Amazon.

Last year, the ecommerce giant raked in nearly $610 million in worldwide net ad revenue -- up 45.5% since 2011 -- according to estimates from eMarketer.

Amazon’s worldwide ad revenues (after traffic acquisition costs) are expected to increase an additional 37% to $835.05 million. Most impressive, the company's U.S. ad revenues could reach $1.1 billion by 2015, the research firm predicts.

EMarketer suspects the bulk of Amazon’s ad revenue comes from ads placed in or near search results, which appear when site visitors search for products. The company is also believed to earn substantial revenue from display ads served on Amazon-owned sites and through its ad network.

As for the future of Amazon’s ad business, eMarketer writes: “Key to further growth will be the plethora of consumer purchasing data Amazon gathers through its core business, retail sales.”

Earlier this year, comparison-shopping site Shopzilla debuted Aisle A -- a media solutions and audience-targeting division, which encompasses a range of features, including better audience targeting, rich media and display advertising.


In one early test, which lasted about a month, Aisle A was found to boost click-through rates by 28% and a control segment with no targeting by nearly 200%. When it came to posting click metrics, Aisle A data drove 95% more deep funnel engagements than the other segments, Shopzilla found.