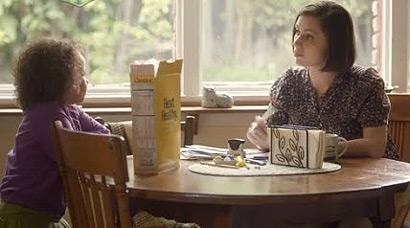 The good news is that General Mills continues to run the spot, and that Americans as a whole give it high marks.

Ace Metrix reported that the 30-second version of "Good for Your Heart" (or "Just Checking," on YouTube) -- which shows a little girl pouring Cheerios all over her napping dad, after hearing that they're good for his heart -- now ranks #2 among all tracked cereal brand commercials for 2013 and #6 among 50 ads over the last twelve months. It scored well above average on likeability, attention and the other attributes that go into calculating Ace scores.

The 15-second version also excelled, coming in sixth for this year and 15th for the last twelve months.

Moreover, after filtering verbatim comments from its survey sample for those who specifically identified "the couple," Ace found that the majority did so in a positive way.