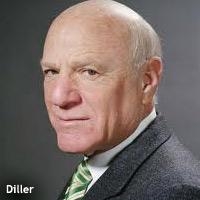 A group of 18 local CBS affiliates argue in new court papers that Aereo's lawsuit against them should be thrown out on the grounds that it raises questions that are already pending in litigation between CBS and Aereo.

“It is well-settled that a plaintiff cannot maintain concurrent duplicative actions on the same subject, in the same court, and against the same party,” the affiliates say in their legal papers, quietly filed late last week in federal court in New York. They are asking U.S. District Court Judge Alison Nathan to dismiss Aereo's request for a ruling that its service does not infringe copyright.

The networks say that Aereo infringes copyright by transmitting TV shows without a license. But Aereo says that its system is legal due to its architecture. The company uses thousands of tiny antennas to capture over-the-air broadcasts, and then streams the shows on an antenna-to-user basis. Aereo says that it has the same legal rights as consumers to capture over-the-air signals.

The TV networks say that Aereo's streams of the shows are public performances -- and therefore infringe the networks' copyright. But Aereo counters that the streams are private, because each stream comes from a separate antenna.

But the law in this area is unsettled, and the networks could well prevail in other parts of the country. Already, a trial judge in California has issued an injunction preventing the Aereo rival FilmOn X (previously called Aereokiller) from operating.

The legal uncertainty appears to leave Aereo vulnerable to new lawsuits in other jurisdictions. The company has recently expanded into Boston and Atlanta, and plans to launch in Chicago in September.

When Aereo announced its expansion plans in April, CBS head Les Moonves reportedly threatened to sue the company wherever it tried to launch. CBS itself can't do so because it is already suing Aereo in New York. But local affiliates theoretically could bring suit.

Aereo responded by going to federal court in New York to seek a declaratory ruling against the affiliates. “Aereo has reasonable apprehension that CBS and/or the CBS licensing entities intend to bring and will bring copyright infringement lawsuits against Aereo as it expands into additional cities,” the company said in an amended complaint filed earlier this month. Such lawsuits would waste resources, given that the issues are already being litigated in New York, Aereo argues in its papers.

But the CBS affiliates counter in their motion that Aereo's lawsuit is the one that wastes resources, by duplicating the litigation already pending. The affiliates also say that Aereo's move was premature, in part because the company hasn't yet launched in most of the markets served by the affiliates.