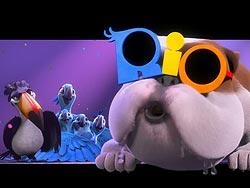 Numerous studies explain how video views on YouTube lead to a keyword search on Google, Bing or Yahoo. Now the findings from a survey reveal that 80% of advertisers plan to spend more to produce online videos this year. Even Yahoo CEO Marissa Mayer said Tuesday during the company's earnings call that video has become a top priority for the company.

The Rocket Fuel survey of 149 digital ad agency professionals reveals that four in five advertisers plan to spend more on digital video in 2013, with the remaining one in five expecting to spend about the same as last year. This percentage rises higher for advertisers responsible for buying TV media, of whom 86% planned to spend more in the upcoming year.

During the first two weeks in June, respondents were asked to identify their role, the type of media they purchase, and the types of brands and clients they work with to better determine the probable challenges.

Google sites primarily driven by video viewing at YouTube ranked as the top online video content property in June, with 158.3 million unique viewers, followed by Facebook with 61.6 million, AOL at 51 million, Vevo at 49.3 million, and Microsoft at 46.8 million.

About 42% of advertisers surveyed planned to move money from TV to digital video in 2013, and 69% agree that their brand wanted to do more video advertising online. All of these changes were planned despite the view of most agencies that their clients had a history of successful TV advertising. Per the Rocket Fuel report, about 68% of brands have a long history of using TV commercials successfully.

Programmatic also sits on the radar of advertisers. Some 61% of advertisers surveyed reported that they are likely to consider a programmatic video-buying solution for online video for their next campaign.

Some of the more serious barriers in moving ad dollars to video from TV include 58%, building reach; 56%, prior budget commitments; 31%, agency coordination; converting video assets to online, 30%; other, 25%; brand safety, 23%; targeting, 16%; and privacy concerns, 12%.