Brands That 'Get' Non-Traditional Families Get Noticed 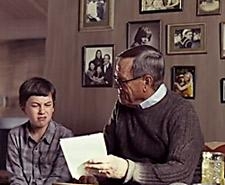 Marketers know exactly what modern families are and how to speak to them. Yeah, right. Usually it's a depiction of a meta-modern family, and idea of an idea of what a modern family is -- perhaps an ad in which the viewer goes, "Close, but no guitar," as one rock star is fond of saying.

NBCUniversal's Integrated Media’s Brand Power Index (BPI), which measures consumer perception of 500 brands, found that the brands that get the most attention get “modern families.” That’s good because the company, citing census data, says only 4% of families are considered "traditional" today, with the company defining that term as a household where the father works away from home, moms stay home and kids under 18 live at the crib where their crib was.

“Non-traditional” includes a household where the father is involved with particulars of child care which, in traditional families, the mother had handled; and grandparents and grandchildren living under the same roof. Or in the case of a recent Cheerios ad and Subaru commercial, interracial couples.

According to Integrated Media's "The Curve" research report, Samsung and Dove got kudos for getting "The Rookie Force” -- Gen Y and X dads taking a more active role in child care. The former touted the Galaxy phone with a dad watching a video to learn how to change diapers, while reassuring mom, who is out and about, that he gets the drill, and that she can even take the weekend off. The brand rose 14% on the BPI. Dove used Dwyane Wade of the Miami Heat to show that he can handle the kids as well as he does a basketball. The company rose 31% on the index.

Oscar Mayer understands “The Significant Others,” where an increasing number of single moms and dual-income households rely on family and friends to help raise children. The company's advertising featured Grandpa Frank (pun intended) who talks to his grandchildren who live in the house to support the “what you see is what you get” brand idea. The brand rose 26% in the BPI among adults.

Microsoft seemed to understand "Modern Traditionalism" with ads for its Outlook platform showing a same-sex wedding between two women, with one of them changing her surname from Jones to Jones-Brown. The software company's equity rose 34% among adults, per NBCU.