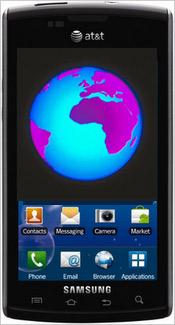 Leaving domestic adoption rates in the dust, emerging markets are increasingly responsible for the majority of mobile growth.

In June, more than 261 million smartphones and tablets were operational in China, according to new estimates from Flurry Analytics. That represented a staggering 24% of the total global market for Web-connected mobile devices.

What's more, according to Flurry Research Director Mary Ellen Gordon, "we expect China to maintain its leadership (in terms of active installed base) for the foreseeable future because (the) device penetration rate is still relatively low." Like much of the rest of the world, Apple and Samsung represent the two top device manufacturers in China, according to Flurry.

Yet Chinese phone maker Xiaomi was a strong third, with a 6% share of the market -- ahead of HTC, Lenovo and many other phone and tablet makers. The company does not yet produce a tablet, but reports suggest that could change shortly.

Meanwhile, 21% of the iOS devices in Flurry's randomly drawn Chinese sample were tablets compared to only 4% of the Android devices.

For marketers looking to break into China, the mobile market is currently dominated by gaming. On average, Chinese owners of iOS devices spent 47% of their app time in games, while the percentage of app time devoted to games was even greater for Android at 56%.

Smartphones and tablets, however, are not just about games for Chinese consumers. Compared to iOS device owners elsewhere in the world, the average time that Chinese owners spend using Books, Newsstand, Utility, and Productivity apps is greater than for the rest of the world.

On average, Chinese owners of Android devices spend more than seven times as much time in Finance apps than Android owners elsewhere, but they also spend more time in Entertainment apps.

Looking ahead, Gordon said it would be interesting to see how China's current leadership in terms of its installed base will impact the device and app markets elsewhere in the world.

“Given Xiaomi's success at building a large number of users for each model it releases, it might try to add further scale by expanding internationally,” Gordon suggested.