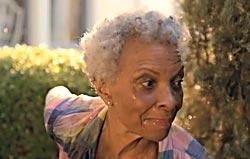 As seismic healthcare and demographic changes swirl through the U.S., drug retailers are looking to get a bigger share of spending, with both RiteAid and Walgreens announcing major marketing initiatives.

RiteAid is rolling out a campaign touting its brand-new wellness65+, a version of its loyalty program aimed at the 65-plus set, which it claims is an industry first. TV ads ask, “How did I get here?,” and feature seniors in swimming pools, water fights and on roller coasters, and outline membership benefits. Those include a special day of 20%-off savings the first Wednesday of every month, and the ability to earn points based on drug co-pays.

The goal, the company says, is to build a relationship between seniors and RiteAid pharmacists, with members automatically earning an expanded pharmacist consultation. Retirees spend about $93 billion on prescription drugs each year, making marketing aimed at Baby Boomers increasingly valuable.

“Amid new healthcare legislation and the growing array of options, healthcare can be more confusing than ever,” the company says in its release. “Retail brands have an opportunity to create in-store experiences and offerings that foster stronger relationships and truly build loyalty.”

The ads, from agency MARC Advertising, are voiced by “The Good Wife” star Julianna Margulies, who the company says “embodies warmth and trust.” (Women are Rite Aid’s core shoppers.)

Ads are running on TV, radio and in print, as well as direct and digital channels, including social media. A cross-country mobile tour will visit more than 30 markets, partnering with local organizations to host special community wellness events for seniors and their families, including free health screenings, pharmacist consultations and local fitness, finance, legal and tech experts.

Walgreens, meanwhile, has rechristened its 370 in-store clinics to Healthcare Clinics, and is rolling out a new effort to introduce customers to the change. The company, which says the rebranding effort is also due to the evolving healthcare landscape, hopes the effort will attract new customers,

The Deerfield, Ill.-based company also says that clinic nurses and physician assistants will work more closely with its pharmacists, “providing more comprehensive care options, delivering a differentiated patient experience and solidifying Walgreens' position as a strategic partner of choice.” This spring, it announced it would extend the scope of its clinics to cover such chronic diseases as asthma, diabetes and high-blood pressure, conditions that are far more prevalent in older Americans.

But how well the new emphasis on its clinic will play with Baby Boomers remains to be seen, says Larry Oakner, managing director of strategy for Corebrand, a branding consultancy. (Traditionally, such clinics have been most heavily used by parents, for everything from babies’ earaches to camp and sports physicals for older kids.)

“These clinics are kind of like a mixed metaphor for Boomers and older patients, who typically have more complex medical issues, and more involved medical records,” he tells Marketing Daily. “Trust is really important, and so much depends on how well the brand is delivered. Who wants to get their healthcare needs met in the same place that someone is buying greeting cards, beach balls and shampoos?”