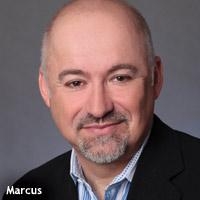 In a week that has begun with some troubling news for the value of traditional media outlets, an upbeat story is being released for at least one of them -- television. While newer digital media outlets have some observers writing old school media off, television may be poised to extend its perception as the most effective ad medium, according to a first-of-its-kind analysis of billions of anonymous individual TV viewing records.

Actually, the study -- which was commissioned by targeted TV advertising developer Visible World -- matched 10 billion individual TV viewing records over an 18-month period, and found that the ones that included ads targeted at those individuals generated conversion rates that were 70% higher than overall campaign results.

By conversion, the researchers mean consumers exposed to those TV ads actually went out and purchased the product or service being advertised. The reason the study is so encouraging for the TV industry is that it’s poised to move from relatively crude targeting methods based on broad demographic (age, sex, household income, etc.) and geographic data to much more finely targeted attributes that are more akin to online media targeting. Not surprisingly, the study’s sponsor, Visible World, is a leading player in those developments, and currently has deals to serve targeted TV ads with operators representing about 80% of cable TV households.

The study, which was conducted by Big Data analyst b3Intelligence, utilized the TV viewing records of one of those cable operators, whose identity was not disclosed.

“The results of this study are significant in that they are based on an enormous amount of data and a large number of campaigns,” explains Claudio Marcus, executive vice president-marketing and research at Visible World.

Marcus said the study initially was designed to help the cable operator understand the value of its own “cross-channel” promotional spots -- the ads it runs to upsell cable television subscription services to existing subscribers -- and consequently it enabled Visible World to get a clear picture on the actual conversions, tracking consumer behavior before and after being exposed to those ads. While the findings are based on cable TV subscription services, Marcus says they likely would work in similar ways for other TV advertising categories.

Because the study also knew exactly which services each of those households were subscribing to, the test could target them with 100% relevancy and efficiency -- something that might not be easily repeated in other categories -- but Marcus says the rule of thumb is the same: the more targeted the TV ads are, the greater the rates of conversion, whatever the campaigns goals are.

Because of the incredible control the study had over data about the households, individuals, products, services and ads being served, Marcus says Visible World was also able to identify other efficiencies vis a vis ad targeting -- including things like effective reach and frequency capping. Among other things, the analysts could segment the heaviest TV viewers who are most likely to see untargeted ads repeated over time versus light viewers who might see them more rarely, and adjust the weight of the ads accordingly to optimize the efficiency of the media budget.

While it may not be as easy for advertisers in other categories to gain access to that kind of explicit household data, companies like Visible World are trying to convince cable and satellite operators to bring more of it to market in an anonymized way that protects subscriber privacy, but enables more precise ad targeting.

Using the approach, he asserts, will make conventional TV planning and buying “TV on steroids.”