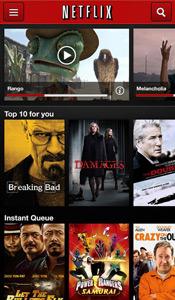 Forget cord-cutting. The real threat to the PayTV providers is “cord cheating.”

According to Digitalsmiths, consumers are increasingly seeking on-demand content from third-party and over-the-top video services, as opposed to through their PayTV provider’s on-demand offerings and apps.

According to a new survey, 68% of smartphone and tablet owners have not downloaded their TV providers’ app. Meanwhile, 35% of consumers have a subscription to an OTT service (such as Netflix, Hulu or Redbox Kiosk). Even worse, 22% of consumers use a third-party pay per-rental service and 73% never purchase from their provider’s on-demand catalog.

One of the biggest problems Pay-TV providers seem to be having with their apps is awareness. According to the survey, more than half (52%) of consumers with Pay-TV service said they didn’t know whether their provider had an app. Putting some investment behind the marketing of these apps could foster more downloads and usage, says Betsy Carr, senior marketing manager for Digitalsmiths.

“Overall downloads of these apps was really low. The one bright spot was that usage did go up once people downloaded it,” says Carr. “Sometimes we feel the marketing of apps might not be a priority [for Pay-TV providers] internally. This is a digital world, and moving to digital marketing would be important for them.”

Providers could take a page from retailers’ playbooks to use a wide range of digital tools (including e-mail, social and targeted online marketing) to reach consumers, and also using alerts and messaging in their VOD platforms to encourage app usage and highlight features.

“Don’t just market the overall service,” Carr suggests. “A lot of people don’t know the features of these apps.”