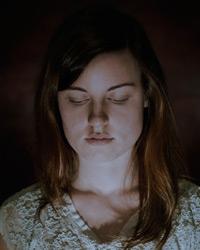 Happiness Brussels launched a print and outdoor road safety campaign throughout Belgium that illustrates disastrous outcomes for drivers who text while driving.

In an effort to end the dangerous habit of distracted driving, the campaign shows three people of varying ages that appear to be deceased. Upon closer view, however, viewers realize that each person is alive but staring down at his or her phone, making their half-closed eyelids appear morbid. Or, perhaps it's foreshadowing.

Serrano is no stranger to morbid-themed art; his “Morgue Series” is a set of close-ups of corpses. Watch a behind-the-scenes from the campaign here. 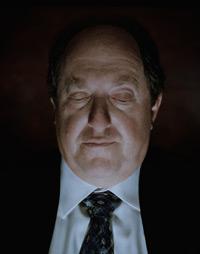 “Parents of Road Victims was founded by 10 parents who lost a child in a traffic accident to support fellow parents dealing with a similar terrible loss,” said Karen Corrigan, CEO of Happiness Brussels. “We have worked closely together for more than 10 years now always focusing our communications on themes that are relevant and of the moment. Today it is texting or emailing and driving.”

“Don’t Text and Die” is the follow-up to “Let it Ring,” which encouraged drivers not to answer their phone when driving and the “Slow Down App” which slows down a driver’s music if they exceed the speed limit.