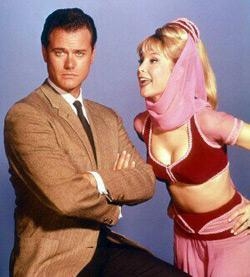 At first blush, the very thought of choosing specific individuals to receive special memorial tributes during an awards show outside of a traditional segment honoring all of the gifted people in a certain business who passed away during the previous year strikes me as unwise, if not outright tasteless.

Perhaps a kinder, gentler word to describe this decision is problematic. That would certainly seem to be the case with the announcement this week that Sunday’s telecast of the Emmy Awards would -- in addition to the annual In Memoriam segment -- feature tributes to five select individuals interspersed throughout the program. A decision of this kind guarantees heated debates in the media and elsewhere about those chosen for such special recognition versus those who will be included with the rest of the recently deceased in the standard memorial clip package.

Don’t believe for a minute that the various executives from the Academy of Television Arts & Sciences and the producers involved in this decision didn’t expect some squawking. One would have to be completely out of touch with reality not to expect a public fuss of some kind. That’s exactly what has happened following a telephone press conference yesterday with Ken Ehrlich, the executive producer of this year’s Emmy telecast, during which journalists wanted to know why Larry Hagman, who passed away last November, was not one of the five recently deceased individuals receiving special tributes during Sunday’s show. (I was not on that call, but I have read the subsequent coverage and communicated with one of the participants, a smart, seasoned journalist I have trusted and admired for more than twenty years.)

Hagman was, after all, one of the biggest and most popular stars in the history of the medium that the Emmys celebrate. His portrayal of the iconic oil titan J.R. Ewing throughout thirteen seasons of “Dallas” on CBS, a number of follow-up made-for-television movies and the recent “Dallas” reboot on TNT spanned five decades. He was at the center of the greatest season finale cliffhanger of all time -- the legendary “Who Shot J.R.?” mystery. The episode of “Dallas” that revealed who shot his character broke all kinds of records (on a Friday night!) and remains the highest-rated episode of a scripted television series ever. Furthermore, Hagman had already charmed previous generations of viewers -- including children -- with his starring role in the long-running sitcom “I Dream of Jeannie,” which remains in syndication to this day. He appeared in a number of other television series as well.

Let’s remember that “Dallas” -- the drama that made Hagman a household name -- ran on CBS from 1978-1990, and was for many of those years the highest-rated series on television. Even when it began losing steam, it remained in the coveted top ten.

CBS is presenting the Emmys this year, which makes the Hagman snub all the more acute.

One could argue that Hagman made a greater and longer-lasting impact on television than any of the five individuals selected to receive special tributes. I tend to agree, but I’m reluctant to go there -- with one exception. Certainly, James Gandolfini of “The Sopranos,” Jean Stapleton of “All in the Family” and Jonathan Winters (who probably appeared on more television shows throughout his career than any of the others receiving special tributes) made extraordinary contributions to the medium and deserve special farewells -- if special farewells must be made. Producer Gary David Goldberg, the creator of “Family Ties” and “Brooklyn Bridge,” is a less obvious choice, but not one I care to take issue with, for reasons both professional and personal. (Goldberg invited me to his home in Vermont back in August 1994 for a wide-ranging interview about his work and the state of television. The time I spent with him that sunny summer afternoon in a setting that can only be described as idyllic remains one of the highlights of my career.) He may not have been a household name, but the millions of people who enjoyed and admired his comedies (myself included) will never forget his beloved dog Ubu.

I will maintain that the decision to pay special tribute to the late “Glee” actor Cory Monteith is potentially offensive on a number of levels, especially in light of the fact that room was made for him rather than Hagman. (Again, a personal aside: In recent years I enjoyed private conversations with Monteith at two industry events and he struck me as one of the nicest and most down-to-earth individuals I have ever met in Hollywood.)

Monteith was a talented young actor and musical performer, but simply starring in a television series for four years hardly qualifies anyone for special treatment of the kind he is receiving from the Academy of Television Arts & Sciences, especially when someone like Hagman (or multiple Emmy winner Jack Klugman) isn’t similarly recognized. My issue here is certainly not with him. Monteith may not deserve a special honor at the Emmys, but he also doesn’t deserve to be at the center of a manufactured debate of this kind. The whole situation smacks of somebody (or some number of people) taking advantage of a terrible loss in a desperate effort to attract the young audience that doesn’t give a hoot about the Emmy Awards (or most other awards shows) at the expense of honoring one of those rare individuals who should receive a memorable farewell from the business he helped make great.