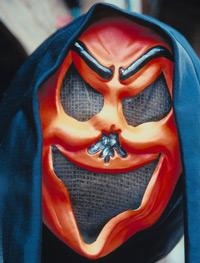 Even though Hurricane Sandy disrupted Halloween 2012 celebrations for much of the East Coast, don't expect a stampede for the costumes and candy this year: A new survey from the National Federation of Retailers predicts consumers will be somewhat subdued in this year's celebrations.

Chalking the restraint up to cooler weather, the NRF's national survey, conducted by Prosper Insights, finds that 158 million consumers plan to get their ghoul on this year, down from the record 170 million who said they planned to celebrate last year at this time. And those who intend to mark the day say they plan to spend less, with the average outlay of $75.03 on décor, costumes, and candy. In last year's survey, taken a month before Sandy crashed the party on Oct. 30, consumers said they planned to spend nearly $80. Total spending is expected to reach $6.9 billion.

People in the West and Midwest are more likely to celebrate than those in the South or Northeast, as are women, those in households earning more than $50,000 per year, and those between the ages of 25 and 34.Costumes are still high on the list, though, with 44% planning to dress up, spending a total of $2.6 billion, including $1.04 billion on children's costumes, $1.22 billion for grownups and $330 million for pets.

One-third of the nearly 5,300 respondents say they plan to shop before Sept. 30.

And in further evidence of America's love affair with the Undead, the chain says its 1,000-plus stores will sell such seasonal lawn décor as Zombie flamingos, gnomes, and deer.