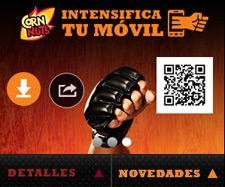 The brand used the Flite Platform, which lets advertisers and agencies incorporate text, images, video and all kinds of apps in display ads in paid digital media platforms, and update the content in real-time.

In June, after working with SMG for about two years, Flite secured $9 million in funding from Iris Capital, a joint venture of SMG parent Publicis Groupe, and Orange Telecom. As part of that funding, Publicis' VivaKi digital unit has partnered with Flite to roll the platform out to Publicis' global network of agencies.

The snack brand,  which had access to UFC content such as fighter biographies, workout routines and videos, used the Flite technology to drive the content out through Google, ESPN and other content partners, reaching the target audience through both desktop and mobile screens, says Tirado.

Corn Nuts worked with Tapestry and Flite to develop different content to be used for each juncture within the campaign: evergreen content (about fitness routines and exercises), pre-fight, during fight and post-fight. 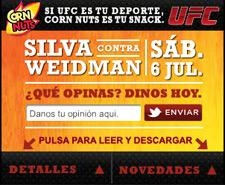 Corn Nuts and Tapestry used Flite's engagement metrics to test formats, and to monitor and swap out content based on its performance, Tirado reports.

The platform "allowed us to push under-utilized content into interactive ads, update frequently, and engage UFC and Corn Nuts fans in ways that would have been difficult and cumbersome to do otherwise,” she sums up.

Flite CEO Will Price says that the ability to readily create fresh content and drive it out, rather than being dependent on traditional ads/content that can take weeks or months to develop -- combined with being able to engage audiences right in an ad, rather than forcing them to click through -- is consistently yielding significantly higher than average engagement and interaction rates.