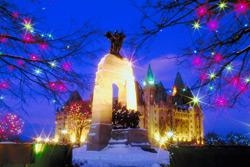 It’s not just retailers that are rushing into the winter holidays. A new survey from Experian Marketing Services reports that 49% of marketers plan to launch their holiday campaigns before Halloween this year. And while digital plays an important role, the use of mobile advertising is low on their seasonal priority lists.

The earlier campaigns are driven by what Bill Tancer, general manager of global research, Experian Marketing Services, calls “time frame elasticity. Consumers are increasingly driven by the hunt for the deal, and they want to shop earlier. They are no longer satisfied with just Black Friday, or even Cyber Monday or Super Saturday,” he tells Marketing Daily. “I think many of them thought this mentality would go away after the recession ended, but we are seeing it intensify this year, both with back-to-school and Halloween.”

The biggest surprise in the data, based on responses from more than 200 marketers, he says, is how low mobile fell on this year's priority list. Of those surveyed, 83% say they plan to run cross-channel marketing campaigns this season, with 55% using at least four channels. Online display was most popular (59%), followed by email (55%), print (46%), and search (30%.) Just 24% say they intend to use mobile.

“There is some contradiction here,” observes Tancer. “On the one hand, they say it’s a low priority. On the other, they seem to be doing lots with mobile, especially in the optimization area. We think it has to do with the growing understanding that while there aren’t many transactions completed on mobile devices, mobile is increasingly involved in many transactions, both online and in-store.” Some 43% of respondents say mobile-optimized Web sites are a top priority, followed by mobile-optimized email (37%), and using mobile ads (31%.)

Social is also an important part of holiday plans, and the survey asked respondents to name their top three holiday efforts. Almost half (49%) plan to use social sharing tools, 45% will advertise on social sites, and 36% will use social product promotions.

While 70% say they intend to use promotional pricing, dominated by free shipping, e-coupons and deal-of-the day tactics, perhaps the bigger news, Tancer says, is that 28% plan to not use any type of promotion.
holiday, mcommerce, mobile, online, promotion, research, retail, social media
Next story loading