With a current buying pow 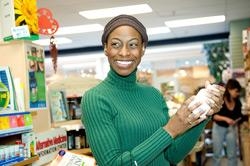 er of $1 trillion that is forecast to reach $1.3 trillion dollars by the year 2017, the importance of connecting with African-American consumers is more important than ever, according to a new report published by Nielsen in collaboration with the National Newspaper Publishers Association.

Of the $75 billion spent on television, magazine, internet, and radio advertising, only $2.24 billion of it was spent with media focused on black audiences.

Black businesses, agencies and media continue to wrestle with this disparity, as it is not reflective of the overall, high consumption patterns and behavioral trends of the black consumer.

Black consumers have other notable distinctions from other consumer groups, according to the report.

While black men continue to dominate as the economic leaders in the black community, black women yield a tremendous amount of power as they have attained impressive gains in education, employment, and business ownership.

The reverse migration continues as younger, college-educated black professionals head South. Marketers have an opportunity to develop a “southern strategy” to connect with the more than 10 million African-Americans in 10 key southern markets, according to Nielsen.

While being receptive to trying new products, blacks commit 18% of their annual retail dollars to store brands and continue to show resiliency in specific non-edible categories such as Ethnic Hair and Beauty Aids, where they are more likely to spend nine times more than other groups.

Advertisers seeking opportunities to reach black audiences may want to consider the big screen as an option. A recent study conducted about commercials shown in movie theaters showed they were more receptive to in-theater advertising and trailers and previews.

Financial services marketers should note that blacks read financial magazines 28% more than other consumers and spend an average of 87 minutes online looking at Web sites related to finance and investment -- 12% higher than the overall market. however, African-Americans under-index for most categories within the financial sector, particularly in purchasing common financial products such as mutual funds, first mortgages, and stocks.