The Social Side Of Rebranding HomeAdvisor 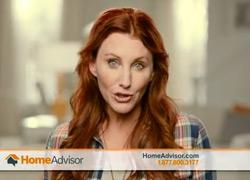 When HomeAdvisor rebranded from ServiceMagic, the marketing team encountered many challenges. We covered search last week. Here are a few social challenges the company had to overcome.

Common rebranding obstacles didn't slow down HomeAdvisor's social team when the company decided to rebrand from 13-year-old ServiceMagic. The social team began by researching names on social channels from Facebook to Twitter to Pinterest, determining whether they would need to acquire the channel from someone else or start a new one.

On Twitter, that meant finding the original owner and acquiring the name. It wasn't easy. The HomeAdvisor Twitter handle belonged to someone else who tweeted a few times, but no longer used the service.

Since Lauren Hogan, HomeAdvisor social media coordinator, couldn't reach the person laying claim to @HomeAdvisor, the company solicited Twitter's help through a $15,000 ad agreement that paid off in dividends. The company switched the handle when rebranding from ServiceMagic, and kept the Twitter followers it had acquired under the prior name.

Social supports the company's organic search results by serving up handles and content from a variety of social platforms. Twitter promoted accounts, tweets and search terms prompted a spike in engagement and mentions, per Hogan. Each social channel moved the ServiceMagic community to HomeAdvisor.

The rebrand and social outreach has helped to grow awareness for the company. While less than 100 people participated in the contest to promote the name change, a recent promotion attracted more than 8,000 under the new brand.

On Facebook, HomeAdvisor ran a contest for a week when the company rebranded. It garnered about 1,500 engagements and more than 1,600 ad clicks that served up in newsfeeds to a potential audience of 750,000. Since then, HomeAdvisor's virality score -- a Facebook impression measurement as to the number of times a post from a page gets displayed -- rose to 7% in August 2013, from 1.8% in September 2012.

YouTube became the biggest challenge for the social team. HomeAdvisor had to rebuild the page and subscriber base. The ServiceMagic channel had been around for about six years, with a little less than 500 subscribers. After a year, the new HomeAdvisor channel supports about 300 subscribers.

If you live in a cold climate and need to "blow out your sprinklers," a recent HomeAdvisor YouTube video provides a few tips. Amy Matthews takes viewers through the process.