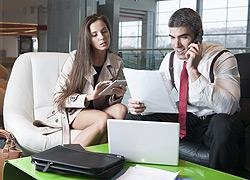 It’s not necessarily a huge surprise, but when consumers upgrade their home Internet packages as their needs increase, their satisfaction and loyalty increases.

According to J.D. Power & Associates’ latest Residential Internet Service Provider Satisfaction Study, consumer satisfaction was 41 points higher (up to 712 on a 1,000-point scale) among customers who had upgraded to a premium service Internet package, than those who had not (671).

“It’s not just the speed alone; it’s the reliability, clarity and all of the things people are looking for from the Internet,” Kirk Parsons, senior director of telecommunications, tells Marketing Daily.

In addition, customers who had upgraded to premium speed packages made nearly twice as many positive recommendations about their provider to their friends and family during the past year (23%, compared with 14% who had not upgraded to the premium packages).

With more devices connecting to the Internet within the home and the varied uses consumers have for these devices, they’re opting for the premium packages (38% of customers indicated they had upgraded their packages), though they’re not necessarily opting for the highest-level packages, but rather upgrading to the “first-tier” of upgrades, Parsons says. The average monthly bill for these premium-speed packages is $48, according to the survey, compared with $43 for the basic packages.

Among the individual companies, Verizon topped the East, West and South regions, while WOW topped the North Central Region.

"Businessman and businesswoman with laptop and tablet" photo from Shutterstock.